Having lived a significant portion of his life overseas, Henry Cornell learned early on that wine is an excellent way to connect with people of different cultures. He always brings a bottle of wine to lunch or dinner; it’s an icebreaker. And while a lifetime of tasting, reading, learning and collecting naturally led to an appreciation of European wines, when it came time to start his own wine venture – the logical conclusion to this lifelong love of wine – Henry settled on California.

Time spent in the 1970’s as a young adult in San Francisco acquainted him with some of the “classic” California Cabernets – wines like BV, Montelena, Raymond, Heitz – and it was a wine profile Henry never forgot. When he first saw the property that would become Cornell Vineyards, he was enamored by the sheer beauty and history of the property. It drew him in and he knew he had to make a wine from this place.

Like her husband Henry, Vanessa Cornell shares a deep connection with their property and firmly believes in creating an ethos where care for both the land and the people working on it go hand in hand. Having been moved by this place, Vanessa was inspired to launch an artist in residence program and begin the development of a culinary garden that will live among the vineyards.

Together, Henry and Vanessa lead a team of talented wine industry professionals from Napa and Sonoma, who are manifesting their dream of building a legacy and making a world-class wine that is worthy of the place it was born.

Vanessa is the founder of NUSHU Society, a women’s membership community grounded in wellness and empowerment. In addition, she serves on the Leadership Council of the Mt. Sinai Children’s Health and Development Institute and is involved in women’s alumnae initiatives at her alma maters, St. Paul’s School and Harvard College. Passions include surfing, rock climbing, contemporary Japanese ceramics and wine.

Henry is the founder of Cornell Capital and sits on the board of trustees of Mount Sinai Hospital, the Whitney Museum of American Art, The Asia Society, and the Navy SEAL Foundation, and is also a member of the Council on Foreign Relations.

Henry and Vanessa reside in New York with their five children and return to their team at Cornell Vineyards often.

As Director of Viticulture and Winemaking, Elizabeth Tangney’s vision for the estate is realized through an analytical eye and deep love for the land. Wine made through a farmer’s lens is an art which Elizabeth has honed throughout her impressive career. With her gifted palate, inspired leadership and exacting standards, Elizabeth takes a hands-on approach as she brings the Cornell wines to life.

While studying French in high school and college, Elizabeth began her plan to create a community centered around food and wine. Before joining Cornell Vineyards in 2018, Elizabeth led Saint Helena Winery as Winemaker and Vineyard Manager. With posts over the years in the varied terrains of Sonoma County, Saint-Émilion, Napa and Paso Robles, she was primed for Cornell Vineyards’ challenging mountain estate. Elizabeth received her B.S. in Viticulture from Cal Poly, San Luis Obispo.

Françoise Peschon is the Consulting Winemaker for Cornell Vineyards. Her deep affinity for estate properties – for those places that are “about the land and the wines, not necessarily the winemaker” drives the desire to help shape the wine and culture at Cornell Vineyards. Since joining the Cornell Vineyards team in 2013, she is the fulcrum around which the ethos and team have been assembled.

Françoise has worked with some of Napa Valley’s best—including Stag’s Leap Wine Cellars, Araujo Estate Wines, Viader Vineyards and VHR, Vine Hill Ranch—quietly crafting some of Napa Valley’s most acclaimed Cabernet Sauvignons of the last three decades. She is quick to credit her mentors, wine industry luminaries like Michel Rolland, Warren Winiarski, and Tony Soter, whose sensitivity, intellect and sense of aesthetics have been her inspiration.

Early in her winemaking career, Françoise spent a year in Bordeaux at Chateau Haut Brion. It was there that she knew she wanted to work with Bordeaux varieties at an estate property. She holds a degree in Enology from the University of California—Davis, and participated in the DUAD program at the University of Bordeaux.

Françoise continues to work with Bart and Daphne Araujo on their new venture, Accendo, as well as VHR, Vine Hill Ranch. She is also invested in Drinkward Peschon, a small brand she shares with her good friend and neighbor, Lisa Drinkward, since 2000.

Gifted with a spirit of generosity, Bailey manages marketing and sales for Cornell Vineyards. She views her role as the connector between Cornell’s loyal followers and the wines they collect and enjoy so ardently. Her individualized approach rests on the personal connections and authentic conversations she cultivates with guests and industry partners as they discover our estate. With a background ranging from restaurants to winery operations large and small, Bailey is the curator of the Cornell Vineyards experience.

Born and raised in Baltimore, Bailey’s pursuit of a degree in French took her abroad for a year of study and travel, where she fell for the hilltop villages, lavender fields, and rolling vineyards of Provence. After a year learning the French language, she returned home a voracious student of food and wine and quickly moved to the Napa Valley to embark on a career in the wine business. Prior to joining Cornell, Bailey lead the Direct-to-Consumer program at Kelly Fleming Wines, where she specialized in luxury guest experiences, client relationships, and branding. She holds a Bachelor of Arts from Dickinson College in French & Francophone Studies.

Director of Hospitality Luke Speer comes to Cornell with a deep understanding of the vinter-collector relationship, having managed direct sales at an impressive list of small, family-owned Cabernet Sauvignon producers over the last twelve years, most recently Phifer Pavitt Winery in Calistoga. Throughout his time in the wine world, he has earned a reputation for his entrepreneurial spirit and honest commitment to the vintners he represents. The ultimate host, Luke delights in welcoming guests to the estate, as well as traveling to share Cornell with our members across the country.

Luke hails from Sun Valley, Idaho where he grew up on the ski slopes, when he was not committed to his family’s landscaping business. His love of the mountains brought him to Sierra Nevada College, where he continued his passion for ski racing and completed a degree in Business and Entrepreneurship.

As Estate Coordinator, Lola’s role is essential to the production and business sides of Cornell Vineyards. With a gracious attitude and sharp attention to detail, Lola helps to manage our office, assisting with shipping, logistics, events, and ensuring that our many-layered operation runs smoothly. Lola grew up in Napa Valley and we are fortunate to have her and her family as full-time residents and wonderful caretakers at Cornell.

Javier Salomon has been an integral member of Cornell Vineyards since his arrival in 2015. With a team-oriented spirit and high standards of integrity, he has since risen to the position of Vineyard Foreman, anchoring our day-to-day viticultural operations. Javier has a great affinity for the natural world, and feels a special connection to the estate where he resides with his partner, Dolores, and their daughter. Javier takes full advantage of his time on property with peaceful evening walks and the cultivation of a thriving vegetable garden.

Roberto was born and raised in Guanajato, Mexico and brings over ten years of vineyard experience to Cornell. Roberto serves as our Estate Equipment Operator, executing and managing safety on key projects year round. At ease in the vineyard, Roberto possesses a keen eye and appreciation for the cycles of the vine, of which he is a crucial part. Late Spring when the vineyard is flowering is his favorite moment of the season. Roberto lives in Santa Rosa with his wife and son.

Federico is blessed with a natural green thumb. With a background in landscaping, Federico was inspired to expand into the realm of viticulture and has found a natural home at Cornell. He is responsible for vineyard maintenance which includes the detailed work of pruning each winter. Federico also enjoys taking care of his garden at home and spending time with his wife and two children.

As part of our vineyard maintenance team, Christian Suarez loves being in the mountains and taking in the beauty of the estate each day. Christian Suarez joined Cornell in 2021 and his work spans across many projects, helping to keep the vineyard performing optimally and the estate looking beautiful. When not at the vineyard, Christian enjoys traveling to discover other spectacular places across California. 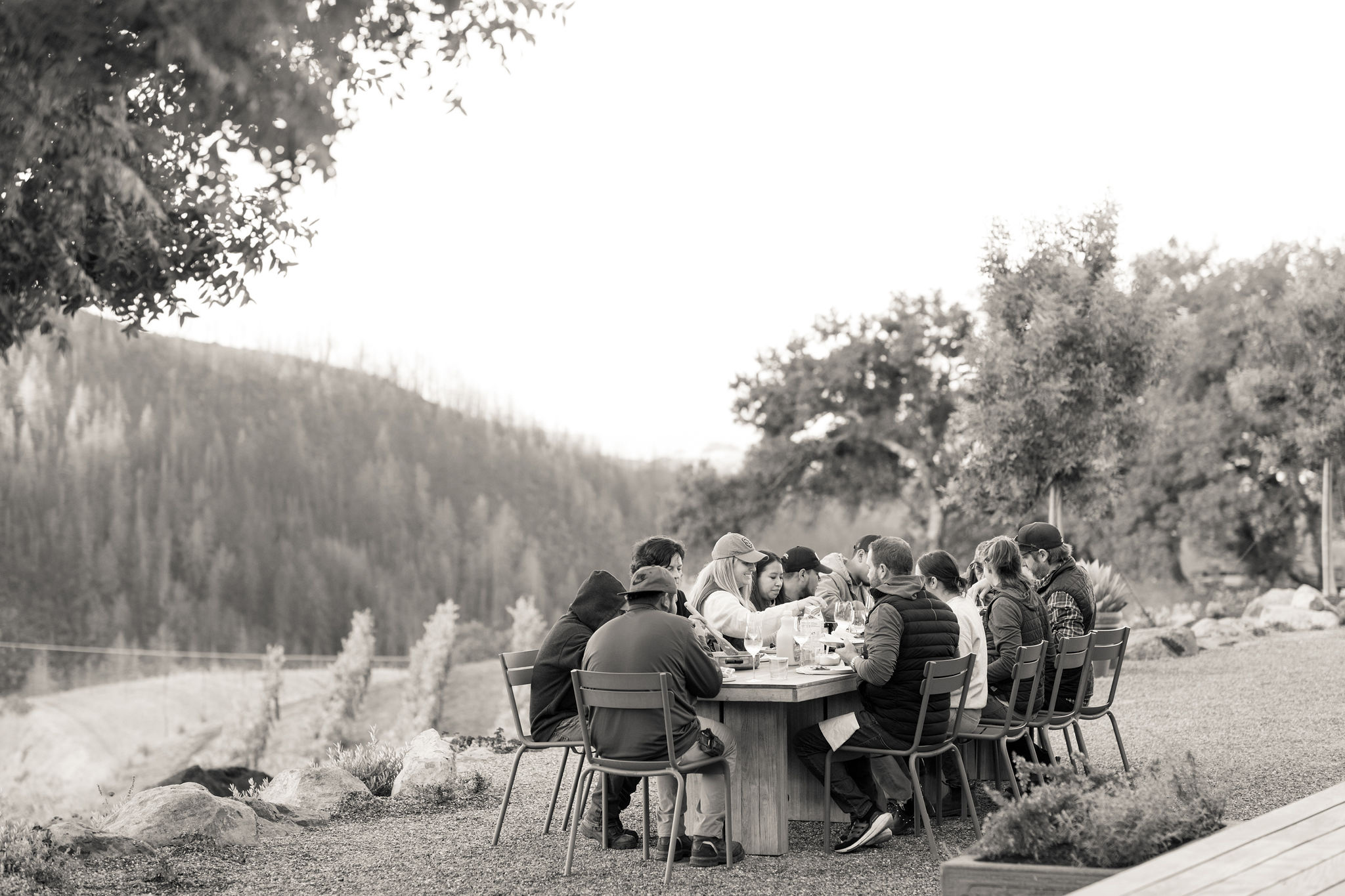